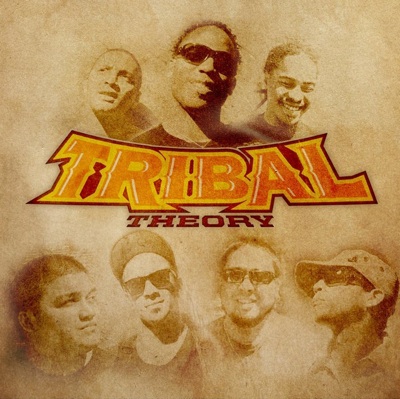 Tribal Theory has just released their first album, a self-titled EP that definitely deserves some attention.  Forming only a few years ago, the three original band members, vocalist AJ Blount, ukulele player/vocalist Dominic Blas, and guitarist Rich Duenas began as performers in a Polynesian dance group.  Later on they began to jam in their friends’ backyards, nothing too official.  As the group began to expand, adding a few more members, recognition of the group spread around their area as well.  The multi-talented group soon left the backyards behind and took to the stage, playing along side big names in the reggae scene like Katchafire and Collie Buddz.  Tribal Theory has undeniably come a long way, proving they deserve all their recognition with this stellar new release. 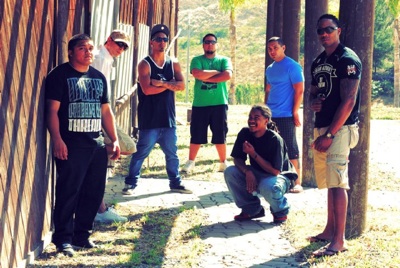 The album starts off with “She Da Kine”, a mellow track that sets the mood for the rest of the album.  The harmonizing chorus provides a smooth sound and, when paired with Paul Bowen on the keys, makes for nothing short of auditory bliss.  Gaining inspiration from bands like SOJA, Katchafire, Rebelution, and Iration, Tribal Theory takes elements of them all and works them into each track to create reggae brilliance.  Following “She Da Kine” is “Reggae Party”, which is easily my favorite track on the album.  The lyrics are not terribly deep, but they do not need to be.  The title pretty much says it all; it is about having fun, something that everyone needs now and then.  This feel good track also contains elements of their Polynesian roots, which I liked.  They started out just playing in their backyard, and it is songs like this that got them on stage.  As much as I enjoyed listening to the album, the songs often had much of the same melodies, which could have been switched up occasionally.  It did not, however, take away from my overall enjoyment of the music.

I have to say, that after listening to Tribal Theory’s new EP I could not find a single weak track on the whole album.  I thoroughly enjoyed each song and highly recommend it to anyone looking for some new reggae music.  Tribal Theory definitely deserves some attention for this EP and I have no doubt that we will be hearing more from these guys soon.