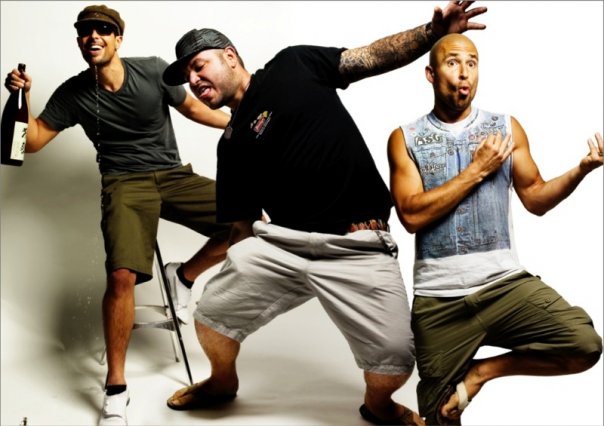 Interview with Yesod Williams of Pepper

You are currently on the Like A Surgeon Tour but how was the 311 Unity Tour? Any Blackouts on that one?

It was way better than expected and expectations were high! It was great meeting/playing with Offspring for the first time and always a pleasure to share the stage with the legends that are 311. There was the occasional rolling blackout ;) 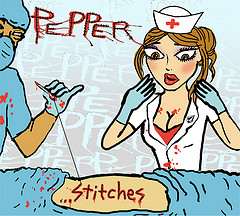 Pepper is about to release their new E.P. Stiches on Oct 12, 2010. When releasing a new album, or setting up a tour for that matter, how much pressure is there for it to be as successful as the last?
I think the pressure is more a perception of the industry, if us as a band made that a concern it would suck all the fun out of what we do, and fun is the point!

What can you tell us about the new E.P.? Anything special we can look forward to?

We recorded this EP in our newly built own studio called "The Hatch" and produced it ourselves, so if it sucks we're completely to blame, HA! Seriously though we're so stoked on these songs so we're pretty sure everyone will feel the same. We're in a good place right now and it shows. You can look forward to the acoustic version of "Mirror"!

Why an E.P. and not an L.P.?
We're releasing this round of music in increments, we released 2 songs in July, the EP October 12, probably a few more songs before summer, then we are looking for a summer 2011 full length. With the constant change in the music industry and us having our own label (Law Records) the world is our oyster!

Lets be honest. One of the most popular and best songs in this genre is Stormtrooper, which features one of my favorite artists of all time, Josh Fischel. Will there ever be another collaboration with him and the Pepper boys?
That's always an option, we love Josh. And FYI, listen to "Outta My Face" on "No Shame", you might hear something familiar ;) 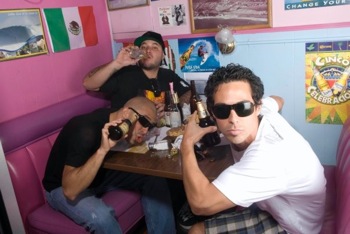 Have there been talks in the Silverback or Law Records camp to form side project bands? Something with the likes of Kaleo on guitar, Kyle of Slightly Stoopid on bass, Adam Patterson of The Expendables on drums, Adam Willis of Passafire on keys and Angelo Moore of Fishbone singing, just to mention a few. With so many great artists out there, is this something to be considered?
Kaleo and Remy, our soundman, have released "Sabotage Soundsystem" so that is a must listen, check it! Marley from Rebelution and myself share the same last name "Williams", so he plays bass, me drums, we are gonna work a Dub album called "Williams Respectiv" and the album will be called, "Where There's a WILL there's a way".

One of my favorite shows was the Kona Music Festival in 2007; this is one I will never forget. However, the festival has been on hiatus the past few years. Any plans on it making a comeback?
We're doing a whole Hawaii tour in December on 4 islands, the Kona show won't be the fest but it will be back!

The great thing about Pepper is their love for their fans. We enjoy those fun summer pre- show activities like the Tailgates & Karaoke. Who comes up with these ideas and what is in the works for next summer?
We do. We just want to hang with our peeps and give them something different and special, they deserve the best!<noscript>null</noscript>

Is the “Rock-Paper-Scissors” routine still happening for your pre-show rituals?
Always!

“Fuck Emo” is one of your slogans. How was it being on the Warped Tour a few years ago where there is more and more of that “ScreamoEmo” sound?
I wouldn't say a slogan, we are just not fans of that genre, it seems to have came and left, like every fad. Warped was epic, we were sharing a stage with legends Bad Religion and Pennywise.

What do you most look forward to when a tour ends?
Going home and being "normal", sleeping in my bed, hanging with family and friends.

Recently you guys added Iration to the Law Records family. Will there be any other new artists added to Law Records in the near future?
Yes, we're looking at signing 2 more bands within the year.

I am a HUGE fan of your DVDs: Searching for the Hajand Pepper Live. I use to have the live DVD in rotation at every party that took place. Any hopes for another DVD release anytime soon?
For sure eventually, no plans as of yet though.