Being a part of a successful team is no easy task to maintain. Even championship teams fall apart, and very rarely do we see dynasties surge. Balancing each team member’s needs and desires and personal lives can be a challenge, especially when you have to share a van with them across the country. Staying power has become a rarity, even more so in the high-turnover, short-attention-span culture of popular music. One band that has been able to keep their steel wheels on the tar has been Savannah-bred rockers Passafire. The chemistry of Passafire’s core is grounded in multi-talented sibling rhythm section Nick and Will Kubley, and solidified by lead visionary Ted Bowne and the sensational keys of Mike DeGuzman.

A testament to their creative nature, Passafire has remained a difficult-to-categorize band throughout their career. While usually striking characteristic similarities to reggae, many songs diverge into the realm of rock, prog, jam, and hints of folky twang. Passafire has constantly innovated the American reggae rock scene, never trying to sound like one band or another, or rely on the flavor-of-the-day approach many of their poppier counterparts fall into. When asked about their intent behind songwriting we got some insight:

Ted: “It’s a result of how we are. We don’t really try to fit into a genre. We ended up in the reggae-rock genre because we do play a lot of reggae grooves, but aside from that we play a lot of different styles of music. It comes from our influences. We’re not only influenced by reggae or reggae-rock. We’re influenced by jam music, electronic, pop, rock, metal, everything. It’s not fun for us if we don’t get to play the music we like.”

Ted and Will’s commitment to further analyze music has led them both to pursue more production knowledge, they expounded:

Ted: “For me, it’s working with new perspective, working with different kinds of artists and gaining knowledge of how to record other types of music. I went to school for sound design, but honestly learned a lot more after school by going to studios.”

Will: “Absorbing by doing. Going to Ted’s house back in the day and seeing ProTools.

Ted: “Going out here to Texas at Sonic Ranch. We’ve done five albums there. Everytime we go there we learn new stuff.”

Will:“Working with people who are better at what they do and what you’re trying to do.”

A fully capable production, the two still take opportunities to glean what they can from those around them.

Will:“We’ve worked with Charles Godfrey at Sonic Ranch. He actually has a studio here in Austin now. As far as workflow and logistics of making the album happen, he does it all and is kind of a mentor in that way.

Ted:“We’ve grown together with him. Every time he learns new skills he uses them with us in the studio and we benefit from that. Paul Leary was the producer of Start from Scratch. That was the only record we did with an in-house producer. Charles played a producer role in Longshot for sure, but it was more so having an engineer in the room who could hear the sound we’re going for and channel it into a final product that we’re happy with. That’s been our mode so far.”

The band has recently taken a studio approach of tracking together, live, rather than the standard track-by-track approach.

Mike:“Tracking live in a room, we can potentially nail as many tracks at once without having to redo them. I think every time we’ve gone into the studio there’s always been a step up as far as being more efficient and not wasting any time.”

Ted: “It comes through in the music.”

Will:“We’ve all hopefully gotten better at our instruments over time. Maybe that wouldn’t have worked as well in the beginning stages, but now we’re so used to playing together that we can pull it off.”

One of the wonders of experiencing live shows can be the variances and nuances added, making the music live and breathe, rather than just a polished snapshot of studio sessions. When asked if these moments make the final cut, the group explained:

Will: “There’s moments for improvisation. We’re pretty meticulous with the pre-production aspect and know the general template of what we want to happen but playing live in the studio always allows for those ‘happy accidents’ to make the record.”

Ted: “We’ve basically recorded the whole album already before we go in to record the album. We make demos and everything we want and go somewhere where we can put it through nice mics and nice pre(-amp)s.”

Every craftsman has their preferred tools of the trade. When asked about favorite gear, the band showed their adaptability.

Will: “We make the situation work for us. There’s nothing ‘prized’ that we essentially need.”

Mike: “As a keyboard player, it’s always nice to aim for at least the main three: B3 Organ, piano, and electric, like a Rhodes.”

“We’ve recorded a couple albums now with the Neve console that Tony, the owner of Sonic Ranch, bought from Madonna. Our music has gone through those preamps quite a bit.”

When asked about the current audio influences of the band, we learned that, while on tour, the van driver receives the honors of DJ. The band’s full range of inputs was put on full display with mentions of several podcasts, and the uniquely-named groups Babymetaland MannequinPussy. We also learned Ted has been working production for a youthful band named Never Ending Fall, to which he mentioned, “It’s the most excited I’ve been to work on an album in a long time.”

To cap off our time with Passafire, we went back to Longshot’s opening track and asked the band for advice on how to stay young at heart.

Ted: “Drink a lot of orange juice with pulp?

Mike: “We’re trying to figure it out every day. Having a supporting cast is definitely important, whether it’s significant others or family, at the same time, having a strong healthy crew in the van, because that’s who you’re spending 24 hours a day with. Knowing how to gel with the people around you.”

Will: “We don’t really know the answer, but the important part is to keep moving forward. Some of that can be kind of scary, but once you jump into that world, it usually works itself out. We’ve been fortunate enough to build a healthy base to support us in the moments of uncertainty.”

With that, we let the bands escape the Texas summertime heat and waited for the night to unfold. A packed crowd was not disappointed as extended jam sections showed the musical complexity Passafire is capable of. Impressive unison riffs and explorative solo sections were all perfectly punctuated by the backbone of Nick’s precise drumming. The band showed the kind of chemistry only seen by experienced bands and the show served as a reflection of a band in their prime, with a diverse category of offerings and a loyal fanbase. If you’ve slept on the band in the past, it may just be time to wake up. 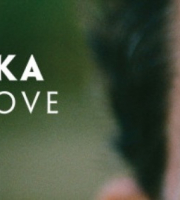 The Aggrolites – “Work to Do” Video