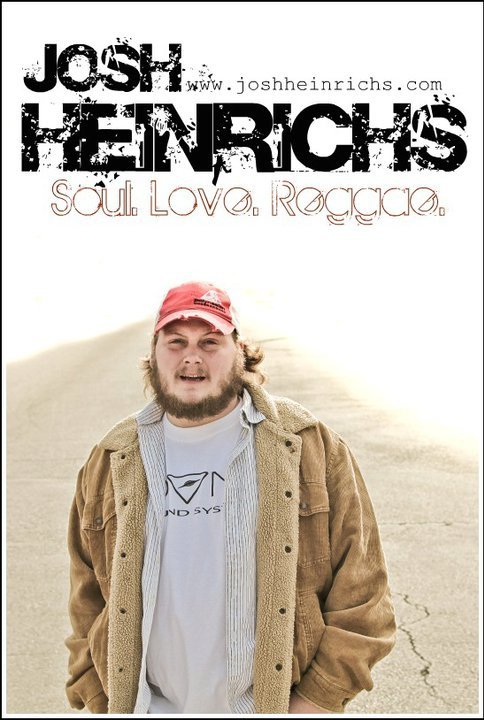 Josh Heinrichs What's In Your Playlist?

#5  Ashes of Babylon (Revolutionary Roots)
This cd was just brought to my attention maybe 6 or 7 months ago I think via your website. I saw an offer to download the whole album free and I did. I am always looking for new good reggae. I am a reggae psycho, more of a fan almost than a performer. I own literally thousands and thousands of reggae albums from Dry & Heavy's entire discography from Japan to all the Joe Higgs albums ever made (Bob Marley's mentor) and am always collecting more. Needless to say, in my opinion I think I have a good ear for amazing reggae albums and Ashes of Babylon have the magic recipe. I seriously put this cd in and freaked out the first time I heard it "My Woman", "Tell Me Why", "Meditations", "Making a Mistake" & "One Of Those Days" were all instantly my new favorite songs. Cory's voice and the horns were enough to make me look them up like a little 13 year old girl looking for Justin Bieber on facebook and become a fan of their page instantly haha. Then I got on youtube and found a new song "Nanas Song" that Jacob another band member sings and man if that says anything about the new album, holy crap its gonna be a masterpiece. If these guys can keep there band together and keep writing tunes like these, they will for sure become the next SOJA or Groundation, guaranteed.

#4 Kiani (Self Titled Album)
Me, my wife and kids all really love about 8 or 9 songs from this album. We really burnt it out when we got it. For about a month straight in the car and at home it never left the players. Fiji and the Lost Coast family really knocked it out of the park in my opinion on this cd. The hooks and her voice are more than enough to start a solid reggae career and the catchy tunes make it listenable over and over again for all ages.

#3 Katchafire (On The Road Again)
Even though this album hasn't officially been released outside of New Zealand, I am fortunate enough to have gotten an early copy a few months ago from my good friend & Katchafire band member, Hani Totorewa, who also appeared on my newest album. This is by fay Katchafire's best album and I think once it's released, it is going to take them into superstar status here in America and Hawaii like they receive at home in NZ. It is just chalk full of hits, 2 of them already have videos (On The Road Again & Groove Again). This whole album grows on you so quick and hard you cant put it down after the 3rd listen or so. Amazing and definitely recommended.
#2 R&B music
Before I listened to reggae, as a teenager I listened to R&B & Soul music religiously. Otis Redding was a huge influence on me and always will be. Recently though I have just been buying singles galore from iTunes... Here are a few I recently got...
- R Kelly "When A Woman Loves" AMAZING 5 star song!
- El Debarge "Lay With You"
- Sunshine Anderson "Nervous"
- Eric Benet "Sometimes I Cry"
- Leela James "Tell Me You Love"
also Jamie Lidell, Aloe Blacc, Keke Wyatt and how could I forget Sade's new album "Soldier of Love" what an amazing amazing perfect album.
#1 Dezarie (The Fourth Book)
Dezarie is the best female reggae singer out. Her voice combined with Midnite's always super catchy mystical reggae sound create some of the most authentic and thought provoking music out there right now. Always perfect for that midnight "Irie" drive in the country. This cd is great at capturing once again, an eerie, mystical yet very conscious and thought provoking mood. I can't describe it other than just simply the perfect cd for blazing and relaxing to or taking a drive to, for me personally anyways.